I haven’t done one of TJ’s challenges for a while.  But with such an outstanding photo prompt, how could I not attempt this week’s?  Still not sure if it quite works, but for what it is worth, here is my offering.

But shake them up well? 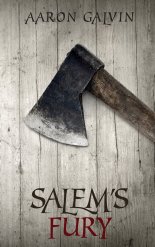 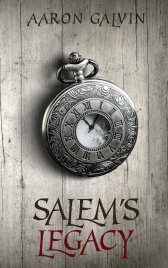 ad the two sequels to Salem’s Vengeance together, and they make a chilling and powerful end to a compelling first instalment.  From pillars of a community the Kelly family become outlaws, forced to throw in their lot with others on the fringes, like the Miamiak Indians who take them in.The growing sense of unspeakable wickedness and depravity at the centre of the sufferings of the Kelly family and their fellow survivors from Book 1 Salem’s Vengeance is absolutely gripping.

The second and third books continue the story begun so devastatingly in the first.  The sins of the fathers that have been visited upon the children at such cost must be confronted and overcome at immense price by the essentially innocent.

Book 2, Salem’s Fury, is told largely from the point of view of Rebecca Kelly, younger sister of Sarah.  Brought up among the Miamiak Indians as one of them after the dreadful incidents of book 1, Rebecca has a hazy remembrance of the past.  She loves her life with the Miamiak and considers them her family and her home.  Torn away from this comparative safety by treachery and war among competing Indian tribes, Rebecca is forced to confront the distant past once again if there is to be any hope for a future.  She must sort out for herself what she believes the truth of the past to be from among the ongoing deceit and lies of the survivors of the Salem trials.  She determines on revenge for the crimes perpetrated on her family and their associates, and begins pursuing it relentlessly.

In book 3 Salem’s Legacy, the enormous ripple effect of one man’s unbridled and unprincipled lust for power and lasting fame is a chilling lesson for anyone from any era, that human evil has far reaching consequences.  It goes far beyond the story on the page to become a parable about the power of entrenched evil and the strength required to defy it.

The frightening inextricability of spiritual evil from the human lust that begets it – where does one end and the other begin? – is a powerful meditation on  ‘the wages of sin’.   The chilling scenes of the final confrontation with the person at the centre of the vortex are positively gut-wrenching in their horror.  Their stark presentation of the choice between right and wrong, good or evil, eternal condemnation or salvation is devastatingly clear and horribly simple.

Rebecca feels but dimly connected to the past, but the tentacles extend inevitably towards her as the shadows of the Salem witch trials continue to haunt – and to hunt herself and her loved ones. Sarah is beaten and broken, but Rebecca fights for those left of her family and her beloved Indians, and seeks revenge on those who seek to destroy them.  It is only as she reaches the epicentre of the wickedness that she realises mere selfish vengeance will reduce her to the level of that which threatens all she holds dear.  She has to find another way to overcome the fearful horror once and for all, and that way is selfless not selfish.

At every stage Rebecca struggles to make the right choices according to her lights and at every stage they could go either way.  It is left to Rebecca, supported at the end only by her Indian friend Ciquenackqua, to finish the journey begun in the first book, a horrifying journey of flight, fear, manipulation, violence and ruthless cruelty.

There is a sense almost of numbness and then immense relief rather than triumph when it is all finally over.  Those who live have been purified and strengthened by passing through the fires of terrible tribulation.  And, like the fire burned out, the end of the story is like ash upon the hearth, soft, fine and achingly gentle.

As in the first book, the writing throughout is tight and evocative, intelligent, taut yet liberally sprinkled with lovely lyrical passages. The evocation of Rebecca’s life in the Indian camp is particularly fine, in Book 2 Salem’s Fury.

The characterisation is deep and multidimensional, and there are many fine and wise observations about human nature and the motivations that drive people to particular actions.  The reflections about morality are interesting and salient, and Rebecca’s own journey is very convincing.  Her confrontation of dilemma after dilemma and her courage and clear sense of wanting always to do right is very moving.  The uneasy meld of the two worlds, of the Miamiak Red Banshee and of the settler child Rebecca, is handled with considerable insight, especially with their sometimes apparently contrasting ideas of how justice is best served.  The difference between vengeance and justice is also something that is approached with some thought through Rebecca’s experience.

All in all, a rattling good trilogy, in which each is better than the last, and well worth reading, possibly more than once.

TJ has come up with another very evocative theme for his haiku challenge.  I hope you enjoy my take on it.

Catch us by surprise

TJ gives another great prompt this week, that sparks many ideas.  I have used the ceiling of Galeries Lafayette, another photograph from the camera of my very talented photographer husband to illustrate my take on ‘glass’.  A roof is such a basic part of a building, and I love the idea that engineers, craftsmen and artists can combine their talents to clothe something so functional in extraordinary beauty.  This image has many happy memories of a wonderful, magical holiday with family in the incomparable city of Paris, a place redolent of loveliness – and magnificent stained glass and leadlight –  at every turn.

For those who look up

It is but a roof

This is a good read, a little different from run-of-the-mill YA. A mix of historical fiction, history, the paranormal and the all-too-real. It works!

With her two mismatched best friends by her side, drag queenish Dylan Ray and fragile butterfly lady Jacqui Van Eden, Anna inadvertently summons Leo the ghost of an Australian WW1 teenage soldier. Leo is confused and stuck. He is pining for a love lost and is a little on the nose.

This is a different style of read from the run of the mill YA, but all the better for that, I think.  With the ANZAC Centenary…

I loved the picture prompt from TJ this week.  The idea of an abandoned, broken piano in an abandoned, forbidding old prison was rather sad but was also a rather more optimistic metaphor for life in general sometimes …

Though trapped and broken

We still sing with the right touch

We still sing with the right touch

Though old and broken

I’ve finally found my mojo and some time, and a few books that I really, really enjoyed. Hopefully more reviews to follow soon. This was great fun, loved it!

From the Blurb:  Wendy Jarrett never thought she’d meet the man of her dreams at a funeral. But when an old boyfriend of her mother’s dies, Wendy accompanies her to the beach resort of Cape May, New Jersey for the service. There she meets Adam Lewis, nephew of the deceased, who is tall, gorgeous, and available. .

WREATHED is a new adult humorous contemporary romance about life, love, and the perfect beach house.

I cut out the rest of the blurb, because I don’t think it does this very entertaining book justice anyway!  A terrific pick-up as a freebie from one of my emails.

I haven’t read anything that has jumped out yelling “review me!” for quite a while.  Wreathed is a really good screwball comedy and I loved it. It is comic gems like this, that aren’t exactly category fiction but are hugely…

This week Ronovan gives participants an easier challenge that last week I think!  My contribution springs from personal experience – fortunately or unfortunately I am not sure, despite the popular belief … 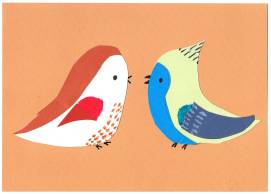 In the human heart

TJ features the most gorgeous umbrella I have ever seen this week, and I have to use the picture.   The Haiku he has paired with it  is very moving and encapsulates the tragedy of poor Marie Antoinette and her family.

But on a happier note, what a delightful thing to do, taking so much trouble to bring a pretty, frivolous (and awkwardly shaped!) thing home, simply because it was the perfect gift …

You are my shelter

I was browsing round looking for more haiku challenges, and came across this rather cool site.  Ronovan’s reflections roam far and wide, and cover a vast gamut of topics, styles and genres.  I picked up the haiku challenge, because I enjoy TJ’s weekly challenge.  Ronovan’s was a real brain teaser, and I’m not sure if I have quite pulled it off.  But anyway, here it is.

A feast: the fish thrive